As reader of my blog you can get a free copy of the Kindle version of my book “Death of the Gods” this coming Saturday, 2nd of March. 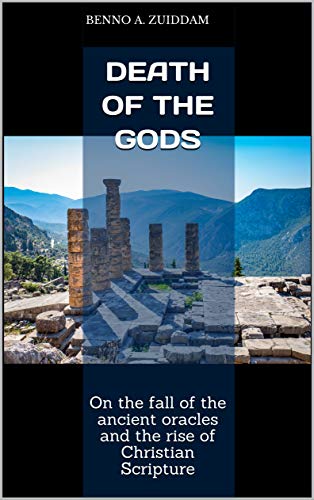 HAVE THE GODS LEFT US?

This book is a quest for divine guidance. It explores the demise of the Greek oracle religion in the first century AD, as it was experienced by the Greek philosopher-priest Plutarch and his learned friends near that famous oracular site of old, Delphi.

While the Greeks mourned the silence of the gods, a new religion was spreading in the Roman Empire, confidently claiming newly received oracles of the living God. In many ways this is a comparison of the old oracles and the new. It is a quest that also shows a profound light on the nature of the Scripture as it was perceived by the early Christians.

View all posts by Zuiddam